This article was first published in German at  yumda.de  in May 2020.

How did you come up with the idea of soft drinks based on cocoa bean shells?

As they always say, the best ideas are not far away. And you don’t have to look too far to make a good thing happen.In January 2018, I acted as advisor to the German Federal Ministry for Economic Cooperation and Development (BMZ) at the International Green Week (IGW) on the introduction of sustainable value chains in the cocoa sector. At that time, I was also writing my doctoral thesis on the creation of human security in West Africa through the implementation of economic policies and local traditional conflict resolution mechanisms. Basically, it was about creating development through „Trade not Aid“ and using Africa’s potential to solve internal conflicts.In the course of the mission, I was therefore already able to test hypotheses of my work. Two basic things became clear to me once again: the world’s largest cocoa-producing countries are in Africa. These are Côte d’Ivoire (Ivory Coast) and Ghana. Despite all this, more than 90% of the cocoa fruit value chain takes place outside Africa.That simply cannot be. And most visitors to the fair did not even know what a cocoa fruit looks like, let alone how their favourite chocolate is made. This was the first shock for me. On the other hand, I once again realised that only 20% of this valuablefruit is used industrially. So that a whole 80%, in front of the shells, are considered „waste“. But the fruit offers much more than just the beans, the basic ingredient for chocolate. It is not for nothing that the Aztecs called this fruit „food of the gods“. The fact that the shells are also full of nutrients and could have many applications was confirmed by various analyses that we have had carried out. Provided the peels are of good quality.Of course, I was also aware that I was very probably not the first to notice this. But I was wrong, because many conversations have shown that everyone focuses on the chocolaty side of the cocoa fruit. I wanted to set an example. So that’s how the brand kōkōjoo came into being, with the aim of making a small contribution to both reducing the wasteful use of the cocoa fruit and shifting parts of the cocoa value chain to Africa. We are concerned with preserving and emphasising the positive nutrients of the cocoa fruit, want to solve problems with the cocoa fruit and donot want to waste resources.kōkōjoo is therefore the sparkling refreshment based on cocoa bean shells. Nutrient-rich and tasty -the shells of the cocoa beans are too valuable to throw away as a residual product of chocolate production. We show: Cocoa can do more than chocolate. In West Africa and Europe, our thirst quencher is made from the shells with the power of cocoa, which the Aztecs recognised 3,000 years ago: invigorating and low in sugar -always sustainable, fair and vegan. With or without caffeine, kōkōjoo tastes best well chilled. 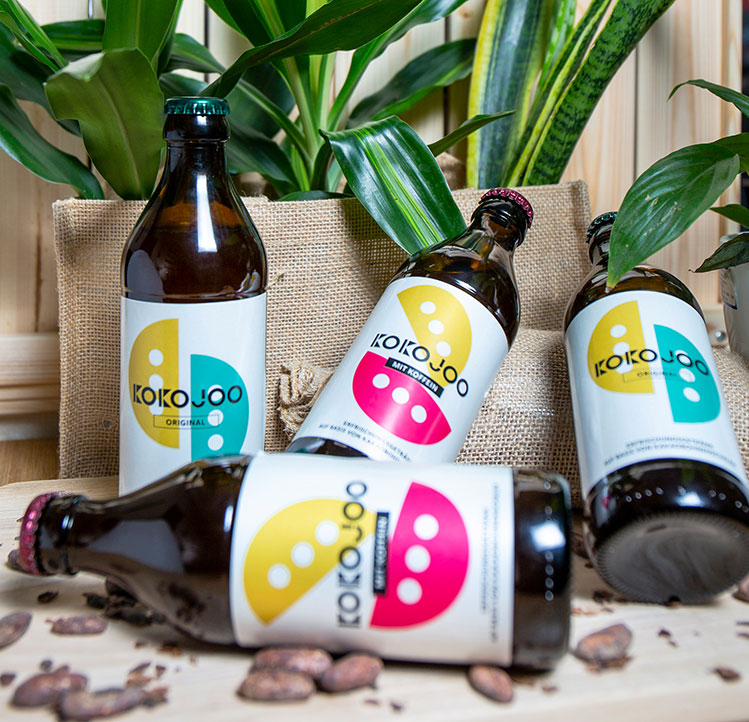 What was the first feedback from the market?

After sleepless nights, I really wanted the market launch to take place at the IGW to show the visitors in the BMZ hall that cocoa can do more. That is why we presented our soft drink as a Minimum Viable Product. Our expectations were exceeded and we were able to accept many pre-orders. Also at the StartUpsDays of the IGW 2019 the feedback was very positive. After the market launch at the IGW, we enthusiastically set about incorporating the feedback we had collected to improve the packaging before we started distribution.kōkōjoo was also very well received in France. In Côte d’Ivoire, people literally crave the drink, because most of them remember their own childhood. After all, most of them enjoyed the raw and unfermented cocoa beans with pulp as a child. At ANUGA 2019 in Cologne we received the award ‚Food START-UP of the Year 2019‘ in the category ‚Drinks‘. This was also a strong signal of recognition for us. As a result, we were completely sold out from the end of January 2020 to mid-March. Now our hard work is paying off: kōkōjoo has been listed in one of the largest supermarket chains in Switzerland since the end of April 2020. Due to the COVID-19 pandemic, the listings in this country and in France as well as 33the sales in Africa are now unfortunately delayed. However, we hope that the situation will normalise very soon. Until then, kōkōjoo is available exclusively at www.emoa.africa, a Berlin-based platform for the promotion of innovative and premium products with an African touch, and is shipped throughout Europe.

Did you imagine the market like this? Which special features did you have to master?

Basically I have to say that the German market is very complex and complicated. For old-established companies the German market is already difficult to work, let alone for newcomers in the beverage industry, with a product that the consumer only knows in the form of chocolate or chocolate-containing products. The challenge was and still is for us to get the consumer away from the idea that cocoa equals chocolate. I believe this task will accompany us for a long time. Our central concern is also that kōkōjoo is bought and enjoyed because it is delicious and innovative, and because it is good for the body and not to „help the poor people in Africa“. Because pity and help has never and nowhere created sustainable development. In many cases, unfortunately, it is all about using pity for pure marketing purposes. If you really want to help, you do not have to claim to spend, for example, 2 or 3 cents per sold product on well construction in Africa. In addition, many consumers still think they are doing something good by giving a well or donkey to the „poor Africans“. However, a rethink is absolutely necessary. It is much more effective to ensure that the added value of the products is created in Africa, provided that the corresponding raw materials are purchased there.Otherwise, there is a lot to do here in Germany -and as the saying goes, everyone should put their own house in order first. And if not, then cooperation and collaboration at eye level should be the order of the day.

Would you do it again?

Founding a start-up and building up a brand can push you to your limits. Even though we have had to struggle with challenges, there are much more reasons to be proud of us all. So I wouldn’t hesitate for even a second.Until then, I would like to see more equality between German and immigrant entrepreneurs and that we achieve a social development in which only performance and hard work pay off, no matter where someone comes from and regardless of gender.

What do you give to new start-ups?

Surround yourself with people with positive energy and remember, the day has only 24 hours. It is also important to have a team that shares the same vision. And be sure of this: you don’t found a start-up because you want to make a fast buck, but because you want to makea difference. Therefore it is important to set realistic goals and never lose sight of them. Believe in yourself and never give up!

Sign up to be the first to receive exclusive KOKOJOO-updates

By signing up you agree with our privacy policies and can unsubscribe at any time.

THE FULL JOY OF COCOA 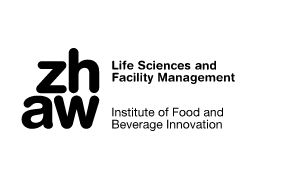 Be authentic and enjoy the ORIGINAL